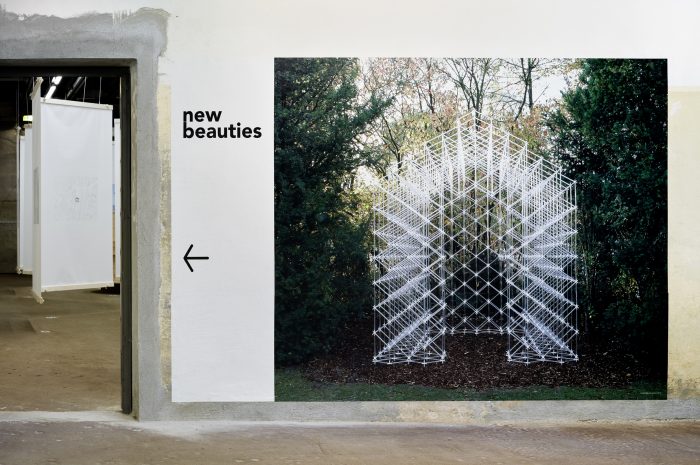 Curator : Bérangère Armand with the assistance of Robert van Altena and Kollektiv-a

new beauties is built as an imaginary city in which one can wander without having any architectural knowledge, to the delight of discovering architectures where to stroll the time of the exhibition or why not, later, according to everyone’s wish, at the meeting of their incarnation in reality in Nice, Paris, Amsterdam, Apan (Mexico), Nagaoka (Japan), etc.

new beauties also presents a second reading level : this is a research work that will develop in different European cities.